Taking into consideration the modern problems the RSA faces, it is not surprising that local people are looking for better living conditions. That’s why the opportunity to become a permanent European resident is so widespread and even beloved.
Wealthy residents from the region are ready to invest in order to be benefited with the Golden Visas’ advantages. First of all, it is an excellent chance to create a business in a favorable environment with stable economic development and growth. Secondly, participants are welcome to travel without visas in numerous countries (the list depends on the final host land chosen). Moreover, education pros and up-market standard of living are what make main applicants to include as dependents their family members in a visa application.
Why do South Africans need to change their place of residency? What are the most affordable golden visas? Keep reading this article and get to know the answers to your questions.

The RSA is the largest country on the continent which should be the driving factor for Africa’s development. However, while the majority of neighbors have overcome the global financial crisis with relatively small economic losses and gained the power to continue improving, this land’s performance remains pretty sluggish.
After the Great Recession of 2008-2009, many economic indicators in South Africa began to deteriorate, which was partly caused by lower commodity prices. For instance, the accumulation rate decreased from 23.2% of GDP in 2008 to 19.4% in 2016. That happened despite the fact that these values were already low enough for a country of this development type and level. 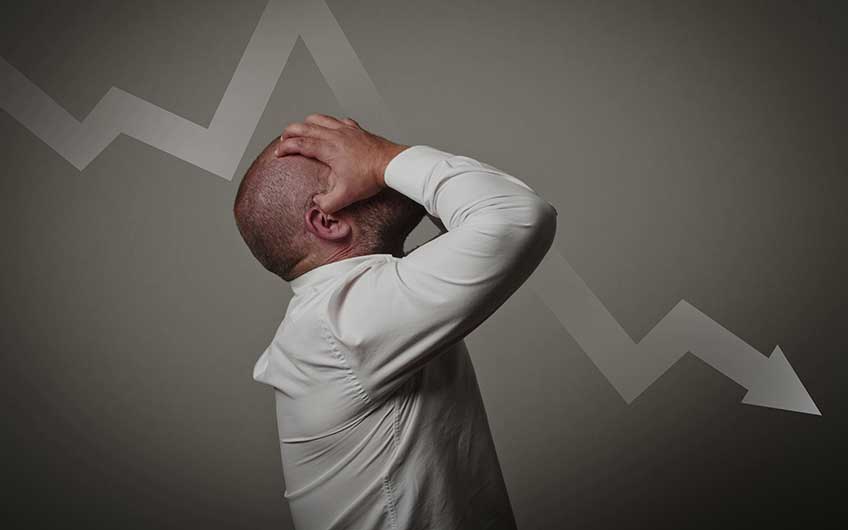 Annual inflation remained below 6% during the long-term period. In 2018, this parameter reached 4.62%, when two years later, it was 5.17% already. High social needs of the country led to the fact that the RSA’s budget deficit remained at the level of 3.9-5.3% of GDP. As a result, the public rate continues to increase. In 2017, it measured 53% of GDP, which was twice bigger than the same indicator before the Great Recession.
Despite a slight improvement in the unemployment situation in the country, it is still rather severe. It grew from 24.7% in 2013 to 27.6% in 2017. These rates are higher than in most middle-income countries (the IMF methodology includes the RSA to this category).
Unfortunately, one of the greatest challenges in the region is social inequality. According to experts, it is one of the largest in the world. Despite the apartheid abolition, millions of South Africans still live in poverty. In 2011, the World Bank estimated that less than $5.5 per day was the only wage for 56.3% of the population. 16.6% of people lived under the line of extreme poverty and earned not more than $1.9 daily.
Private investment and exports level remains significantly below the pre-crisis indicators. The list of problems can be enriched greatly. Given the current situation, the recovery term will take a lot of years.
In this perspective, wealthy citizens decide to create a reliable backup for their career activities, family life, etc. In the role of a second string, numerous European countries are considered, but it is not the only option. The Golden visa program offers second citizenship for investment and can be achieved for one hundred and fifty thousand dollars minimum.
What are the places where the South Africans prefer to move to? Let’s find out! 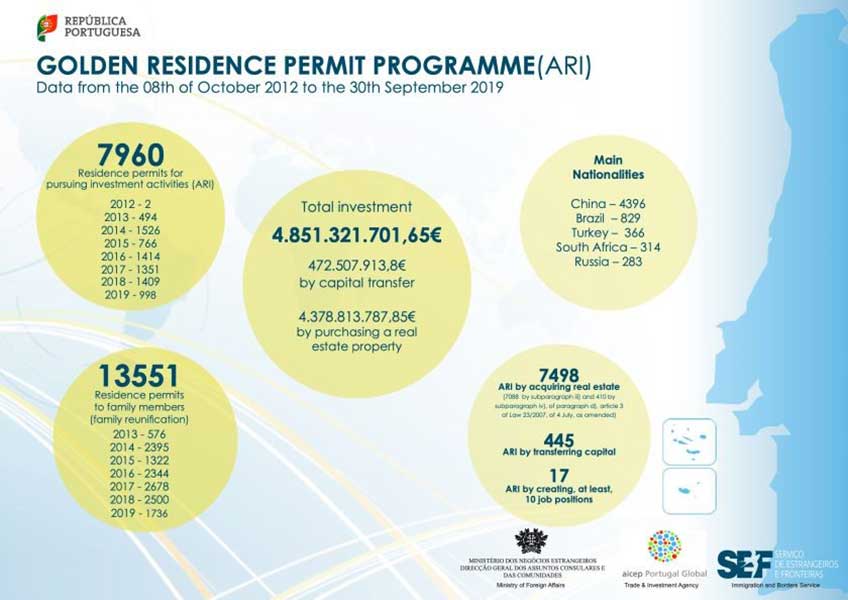 According to Sable International statistical data, the number of South Africans who applied for Portugal Golden Visa has increased by over thirty percent in the past few years. At the same time, more and more people are choosing this country not just as a second-string platform: they actually move there, using the opportunity to join their family members. 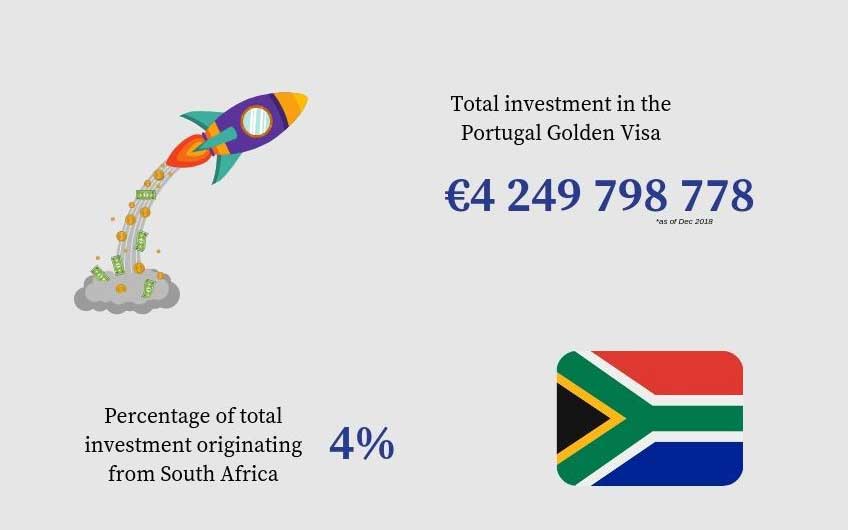 Easy application, fast approval, favorable business conditions, tax bonuses, etc. — this is just the smallest part of what investors can achieve through the Portugal offer. As evidence shows, since the program was started, more than eight thousand visas were issued.
With the help of this service, South Africans can become permanent Portugal residents five years after receiving the Golden Visa. The minimum investment is three hundred and fifty thousand euros.
To get to know more information about the offer, please, check out the video:

Overall, there are three ways of how an RSA resident can apply for this Golden Visa. The first method is to invest five hundred thousand euros. The second option is to spend two million euros on the Spanish Government Bonds. Finally, you are welcome to get shares in the host country’s organizations for the sum of one million euros.
According to statistics, the program has raised more than three billion euros since inception, with a pretty high rate of South Africans’ investments.

A lot of Africans use the benefits of the Greece offer to change the residence place through investment. It is considered to be one of the easiest opportunities to move and become a globally-minded person. The offer enables wealthy businessmen to travel in a visa-free regime inside the Schengen Area. You have to visit the country just once. Otherwise, there are no other strict stay requirements.
Even though it was launched not so long ago, in 2014, the program has gained great popularity in several world regions, including the RSA. The minimum sum of investment is two hundred and fifty thousand euros. There are additional spendings for application procedure and due diligence.

Established in 2015, the program allows wealthy investors to achieve a legal and secure EU residence. At least, you have to spend around two hundred and fifty thousand euros to participate, depending on the chosen method.
This program is the youngest in the field: it was launched in 2017. However, that doesn’t prevent it from gaining momentum. Until the end of 2018, the host country’s government received about twelve hundred applications. In the first half of 2019, the number of potential residents increased and exceeded sixteen hundred.
If you are interested in the offer, check out the video to get a deeper insight:

While Portugal and Spain’s offers are known to be the most popular in the field, the Latvia offer turns out to perform as the cheapest Golden Visa scheme. Of course, everything depends on the payment option selected. If you prefer to make an in-country business investment, then the minimum spending will be just eighty thousand euros. In case a businessman is going to purchase a previously approved property, the sum is higher and reaches two hundred and fifty thousand euros.

Instead of the boring summarizing what places to invest are most beloved by the RSA citizens, we recommend you to check the video and see what benefits of the European passport for the locals are:

Will US EB-5 program be shut down this December?

There are many visa free travel countries for citizens of US and Green Card holders, which they can visit without the need for a visa, including the west indies region.
At the same time, as of 2021, citizens of the US can travel to 187 countries and territories, including 26 European member countries of the schengen area. This number strikes the imagination! But, it’s worth the wait, isn’t it?

How to become the U.S. citizen

The USA is widely known as the land of opportunity. From all over the world, people come to fulfill the American Dream, to have freedom, and to be able to give their children a better future.

Sudden price increase of the EB-5 visa from $500,000 to $900,000 is probably the most discussed topic in the field of investment migration nowadays…

Second citizenship as a pathway to USA residency

The E2 visa is a treaty visa that encompasses a handful of nationalities, and it is a non-immigrant visa that grants its holders the opportunity to reside and work in the USA hassle-free.