He can hardly be called an ordinary person. He is the founder of Bitcoin.com, the multi-millionaire, an early investor in bitcoin, bitcoin-related startups, and an early Bitcoin promoter.

Meet Roger Ver, the ex-US citizen. As one of the earliest investors in cryptocurrency, he gained the nickname “Bitcoin Jesus.”

One of the major players in the world of cryptocurrency shared his story of why he renounced US citizenship in favor of Saint Kitts and Nevis with Anatoliy Lyetaev, founder of Migronis.

The man was born and raised in Silicon Valley. This area has been phenomenally successful at spurring innovation, attracting young specialists from all over the world. But “Bitcoin Jesus” decided this isn’t enough for him. He has obtained citizenship of the Caribbean country Saint Kitts and Nevis, and he believes this is a perfect country to find the freedom all people need. 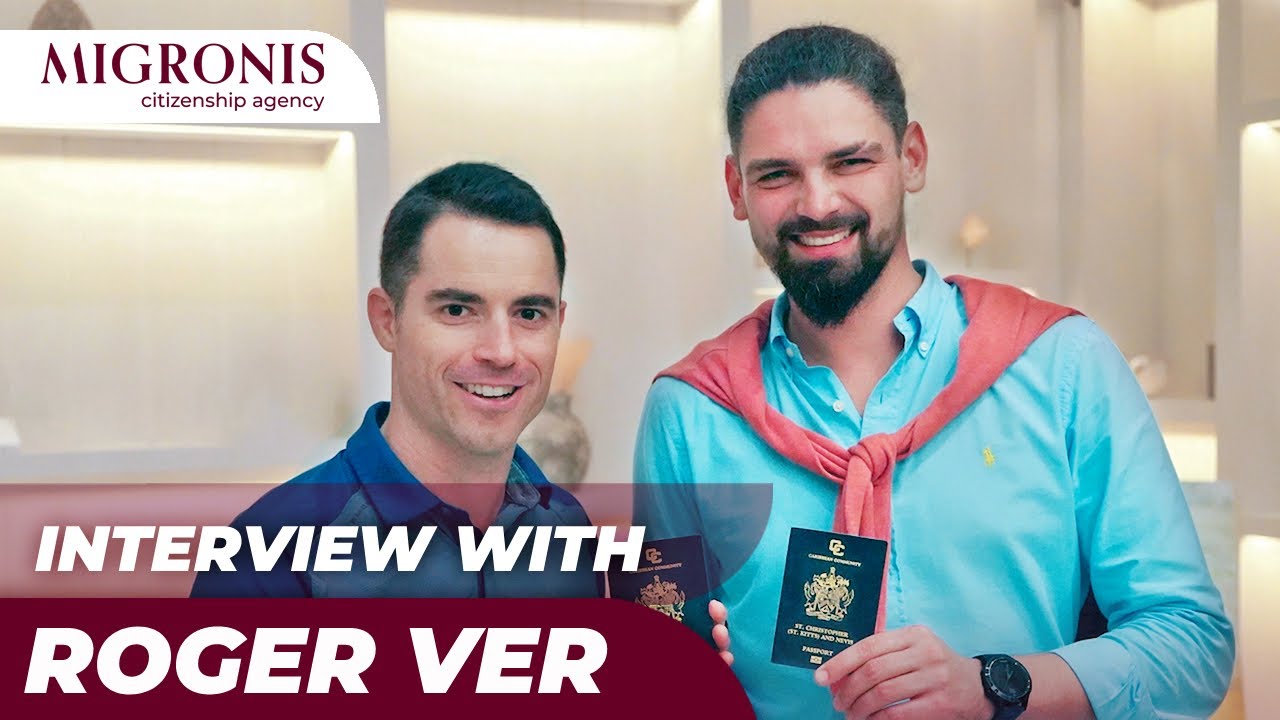 For some people, going to the USA makes sense. There’s a huge number of Americans renouncing their citizenship every year. The US government is lying about the number of people that have renounced their citizenship. For example, my name never showed on the renouncement list, and I have a bunch of friends who have renounced as well. Their names never showed on the list as well. So the real number nobody knows. I think over 100,000 people renounce citizenship every year.

What can Migronis do for you?

When it comes to the immigration process, it’s always best to seek out the help of experienced professionals.

Since 2012, Migronis has been helping people from all over the world to become global citizens. Its founder Anatoly Letaev developed the theory of flags into the philosophy and community of Freedom Unlockers.

I renounced my US citizenship on February 4th, 2014. So now I’m a citizen of the wonderful country of St. Kitts and Nevis. For me, everything turned out well. It was fast, cheap, and secure.

I live here part of each year. But, most time, I’m zipping around the world, promoting more economic freedom for the world through digital currencies.

Saint Kitts give me visa-free travel to almost all of Europe, all of South America, and almost all of Asia without any visa required. It’s really a fantastic passport.

It’s probably my fifth or sixth passport. I usually go through one per year because there are so many stamps in there. I’m traveling all around.

The weather is between like 23 to 28 every single day all year round. What’s not to love?

You have no personal, corporate income, or capital gains tax. You don’t need even to file a tax return at the end of the year.

That just feels like paradise. Even if there were freezing cold and snowing outside, it would still feel pretty warm inside because I don’t even have to file a form at the end of the year.

I missed some friends and family I had in the US. I also miss nice big parking spaces. But I don’t miss the bureaucracy. My tax returns were thousands of pages each year.

I can spend the time, which I earlier waisted on paperwork, with my family and friends

You can actually pay for the whole thing with bitcoin cash, and this is just one more reason why I love St. Kitts.

We offer free consultations, understanding how important it is for the client to make the only correct decision

Interested? Don’t hesitate to get in touch with our manager to get more details!

Most people heard of Harry Browne’s Golden Rule, which is doing to others as you would want to do them to you. Harry Browne’s Silver Rule is just be yourself.

If you are always pretending to be somebody you are not, you will attract people who like you for the person you are not.

Whereas if you just be yourself all the time, you will attract people who like you for who you are. And you’ll find life much more enjoyable.

My first principle is non-aggression one. You should never use aggressive force or fraud against anybody else. Almost everybody here lives their life like that. It’s only really, really, really wild circumstances in which it would be ok to aggress against somebody. I’m a really big fan of the non-aggression principle, and I wish more and more people abide by it.

I became attracted to bitcoin and digital currencies because I was already a libertarian. But I’ve gotten so many emails now from people that say they heard about libertarianism and voluntarism because they were interested in bitcoin.

Get a free consultation
Please enter your contacts
TOP articles

Citizenship of the world: How do you become a global citizen?

How many citizenships can you have?

How to Retire in Portugal: an inspirational story of the US entrepreneur John Bandak

An inspirational story of a successful American entrepreneur John Bandak shows how to benefit from moving to Portugal’s southern region Algarve for retirement.