The Cyprus CIP is CLOSED

Since 11.01.2020 the Cyprus Golden Passport program is closed. Now, you can get only permanent residence in Cyprus by investment.

Migronis experts will tell you all about the best alternatives to Cypriot passport.

Get a consultation
Your unique opportunity 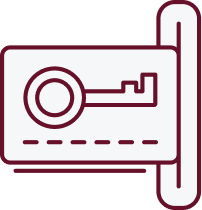 Possibility to get long-term visas to USA for 10 years

Visa-free access to 173 countries, including the UK, Canada, Japan and the EU countries 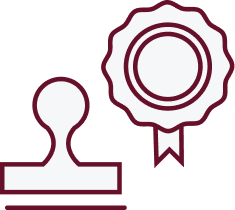 Citizenship is issued for life to all family members

No requirement to reside in the country

Grant freedom to your family

Passport of Cyprus can also be obtained by:

Citizenship can also be inherited.

Investment in a business

Minimum investment in a business (creation or purchase of companies in Cyprus) – €2 200 000.

Stages of the CBI application process

A contract with our company may be signed in one of our offices or remotely. For drafting a contract, you only need to provide us with the passport copies of all family members who will be included in the citizenship application.
The process of buying real property consists of several steps:
– reserving the chosen object, conclusion of a contract with a lawyer;
– checking the documents, drafting and signing of the contract;
– obtaining the authorization to purchase from the Council of Ministers;
– payment of VAT and the balance of property value;
– obtaining a Certificate of ownership.

We take care of all the work, you do not need to waste your time. We collect and prepare documents for submitting the case to the Citizenship by Investment Unit of Cyprus, we arrange notarization, translation and apostilization of all the necessary documents. Our lawyer provides recommendations on how to fill out the form. You will only have to affix your signature. 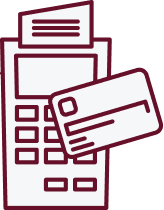 At this stage, we are submitting documents for consideration by the Government of Cyprus. Your personal attendance is not required. 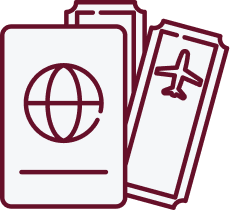 As soon as a positive decision is issued by the government, you get a certificate of naturalization. Further, within 2-3 days, you receive a passport of Cyprus

Migronis is always more than you expect

We will help you with other questions

We will help you to solve any problem, for example, we will tell you all about the Cyprus tax system.

Make an appointment with an expert

Post-paid service
Offices all over the world
We are online 24/7
We obtain additional documents in Greece
Minimal participation on your part, we do all the paperwork
No intermediaries and no middlemen
Get a free consultation
Please enter your contacts
Is the Cyprus Citizenship Program closed?

Yes. The Citizenship by Investment Program was terminated on November 1, 2020. There is no information about any alternative.

Who can obtain citizenship together with an investor?

Children from previous marriages can obtain citizenship, for this purpose the notarized consent of the second parent is required.

How is the financial dependence of children and parents on the main applicant confirmed?

Financial dependence is confirmed by an extract on the transfer of funds from the account of parents to the account of their children, a certificate of full-time learning, the general registration address.

No, in this case, they do not fall under the category of dependents.

Is it required to visit the country to apply for citizenship?

Yes, a visit to Cyprus is required for the collection of biometric data, as well as for choosing a real estate item.

Does a person become liable for military service after obtaining citizenship?

Is it possible to visit Schengen countries, USA and England with a Cyprus passport without a visa?

Unlike Caribbean passports, citizenship of Cyprus allows not only to visit the Schengen countries, the EU and the UK without visas, but also stay there during 365 days in a year. In addition, no work permit is required.
For the US, a visa is required, which is issued for up to 10 years.
With Canada, there is a visa-free regime allowing to stay there during 6 months (those who arrive to Canada by air, must first fill out a special electronic form ETA).

Confirmation of employment and/or ownership of business is required. The following documents may be requested:
– certificate of salary, dividends received;
– certificate from the tax authorities;
– documents on the sale of real estate or other assets;
– an extract from the brokerage account on the sale of securities or income received;
– sale or gift contract;
– other documents confirming the acquisition of income.
One or several documents can be provided, the checklist is agreed when preparing the case.

Minimum value and term of retention of real estate to keep citizenship?

The demand for real property in Cyprus is growing. Thus, according to the Department of Lands and Surveys 4,500 sales contracts were registered for the first half of 2018. This is 27% more than during the same period last year.
Financial Mirror analysts believe that the growth will continue and that this year the sales figures will be better than last year: in 2017 8,734 real estate items were sold which is the highest number during the last eight years. It is 132% more than in 2013, and 24% more than in 2016.
The market leader is Limassol, where in the first half of 2018, 37% of all real estate transactions were registered. It is followed by Paphos (23%), Nicosia (18%), Larnaca (15%), and Famagusta (7%).
The number of transactions involving foreign buyers more than doubled in 2018, and in Limassol and Paphos they accounted for 70% of total sales.
The price for renting one-bedroom apartments in the most popular areas of Limassol (Germasoyia and Moutayak) ranges from 500 to 1000 euros. Renting a modest house in these areas will cost no less than 1500-2000 euros. The cost of long-term rental of a good villa starts from 3,000 euros per month.
According to the Statistical Service of Cyprus (CYSTAT), housing prices on the island have increased by 1.2% at an annual rate.

Is it possible to invest in any object for citizenship purposes or is there a specific list?

Unlike the Caribbean countries, there is no government-approved list of properties in Cyprus. Any item (commercial and residential real estate, development projects), which meets the requirement to a minimum investment threshold of 2 million euros, will qualify for the purposes of obtaining citizenship.

What are the tax rates in Cyprus?

Corporate tax in Cyprus is the lowest in Europe – only 12.5%. The normal VAT rate is 19%, but there is a possibility of lowering to 5% (when buying real estate and fulfilling certain conditions) and 0% (when buying secondary real estate in Cyprus).

Conditions of obtaining and maintenance of tax residency?

If an investor is interested in obtaining the status of a tax resident of Cyprus, he will need to prove that he resides in the country for at least 60 days a year. Starting from January 1, 2017, the investor must comply with the following conditions:
– to reside in Cyprus for at least 60 days during the tax year in question;
– not to live in any other state for more than 183 days;
– not to be taxed in any other state;
– to do business or work in Cyprus or be a director of a company in Cyprus; and
– to have one’s own property or rent the property as a place of permanent residence in the republic.
Also, according to the 2002 Income Tax Act, a person who spends at least 183 days a year in Cyprus is considered to be a resident of Cyprus.

What additional documents may be obtained?

Is it required to visit the country when applying for additional documents?

When applying for additional documents, a visit to Cyprus is required.

How long does it actually take to apply for citizenship?

What happens in case of concealment of information or providing false data?

An applicant will either not pass the due diligence check, or will be deprived of his Cyprus citizenship in case it was obtained by providing false information, fraud or concealing true information, or in case he is found guilty under the laws of Cyprus.

In what cases can a refusal be issued?

– provision of false information;
– involvement in terrorism, money laundering, crimes against humanity or crimes that violate human rights and freedoms, or admission of guilt in such crimes;
– availability of a criminal record or criminal proceedings for serious criminal offenses;
– posing a potential threat to public order, national security or the reputation of Cyprus.

Cyprus passport is ranked 15th (out of 106) in the 2018 passport rating in terms of freedom of movement.

Our Youtube channel contains useful videos about Cypriot citizenship and comparisons with other programs. 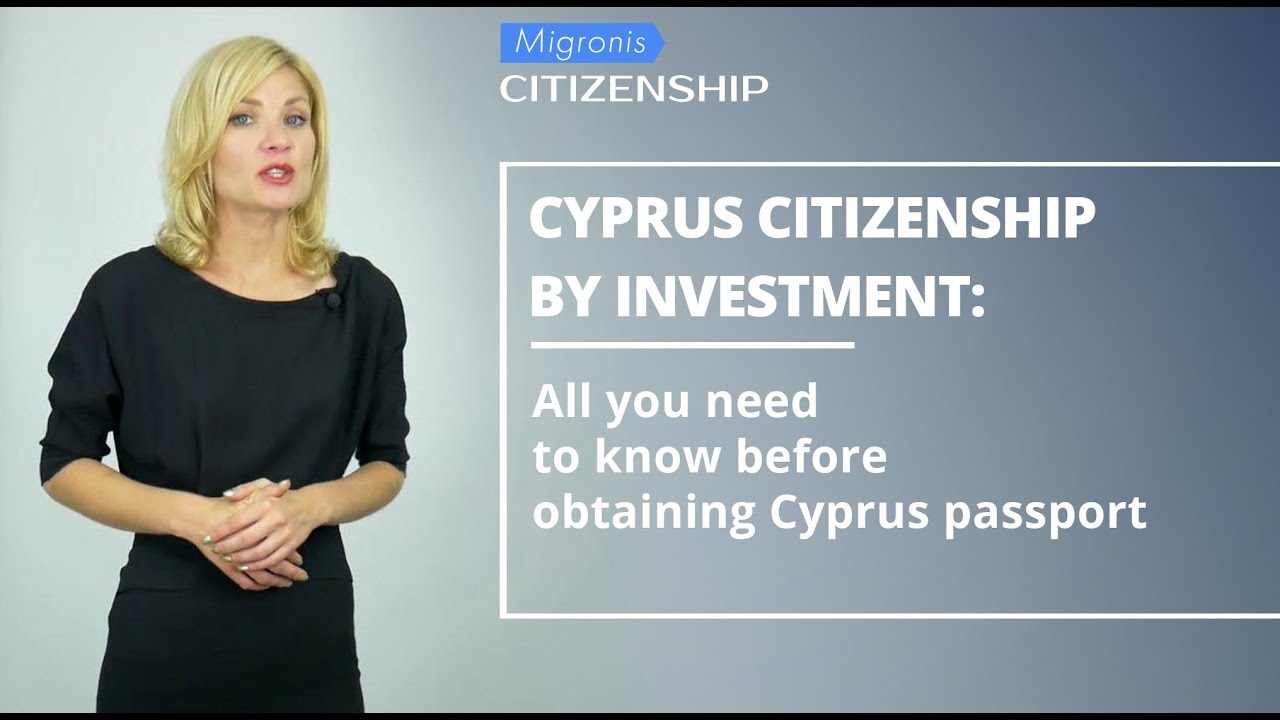 The program is closed

The government of Cyprus has terminated the Citizenship by Investment Program in 01.11.2020.

A new Cyprus CIP is reportedly in planning.

Is it possible to buy citizenship with Bitcoin?

Bitcoin has taken the world by storm over the last decade, a fact that is difficult to dispute, even by skeptics. There has been a fairly consistent rise in the currency’s value and popularity since its inception. Following Bitcoin’s initial popularity, several other digital currencies started taking form, thus giving rise to the term ‘cryptocurrency’ or just ‘crypto’.

According to the Global Wealth Migration Review, people with the capital of at least $1,000,000 tend to obtain second citizenship in order to travel visa-free…

Overview of taxes in Europe

The financial framework throughout the EU is one of the most complex and comprehensive regulatory systems in the world. It has provided the roadmap for free trade and economic growth

The difference between being a permanent resident and a citizen