Portugal is one of the world’s most prominent immigration destinations for the wealthy thanks to its prominent Golden Visa program which can lead to permanent residence and even citizenship without the need of moving to Portugal. The stunning nation welcomes a large array of global investors every year, and those bringing their financials to the EU nation must understand the taxation framework in Portugal to ensure they maintain, even enhance, their wealth.

Portugal is one of the largest EU members and with that comes complex financial regulations that can either hinder or benefit an investor depending on how they approach them. The tax system in Portugal is closely knit to the of the EU average framework, albeit with some notable exceptions, especially the non-habitual resident scheme that offers a certain criterion of residents outstanding tax incentives spanning for a decade or more.

But the key to understanding Portugal income tax requirements and the incentives one can take advantage of first we need to go into the specifics of the types of personal and corporate income tax rates that are applicable to residents or non-residents. 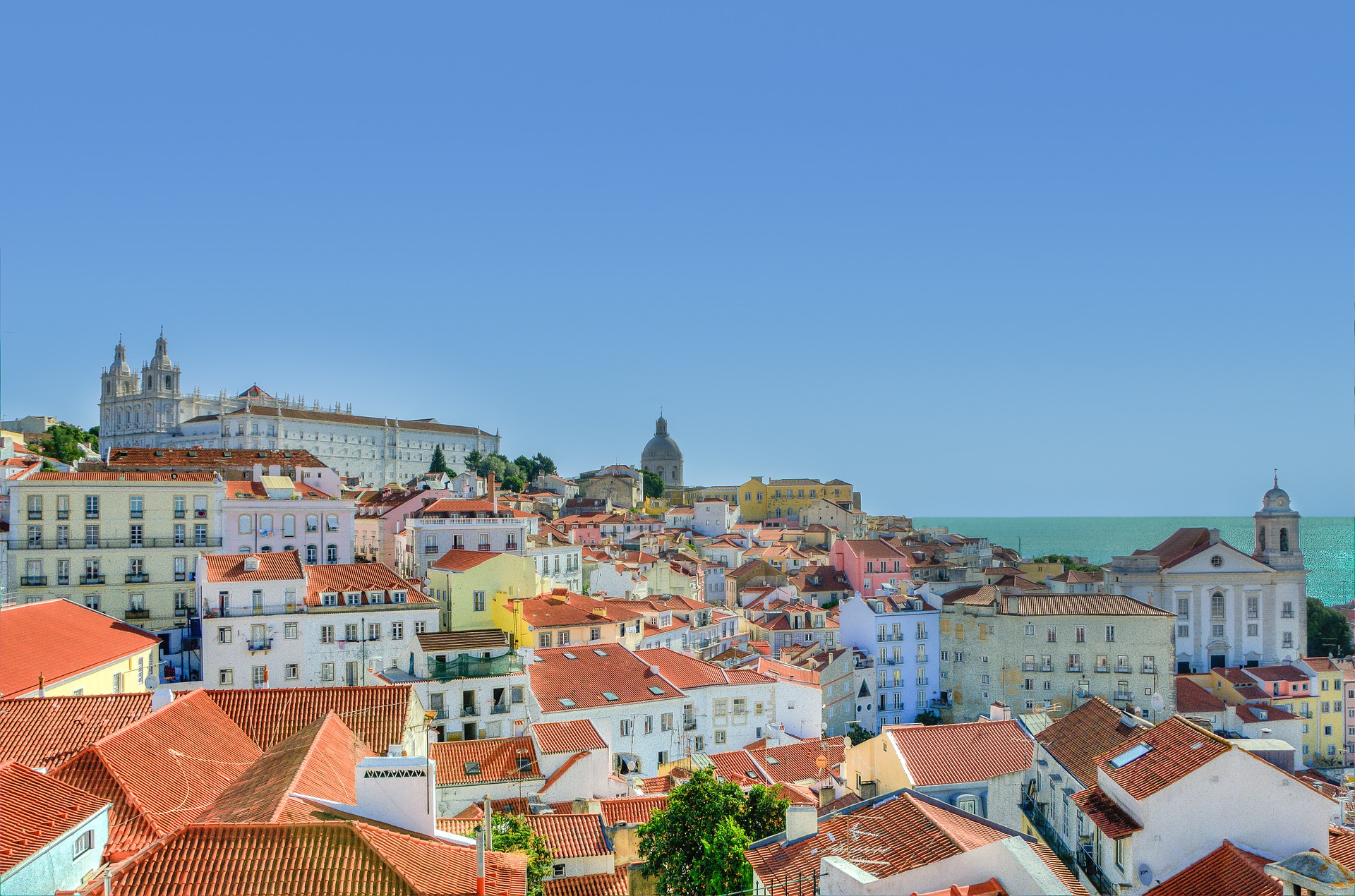 The important thing for a foreign national to understand before delving deeper into Portugal’s tax system is who is liable for tax in the first place. A distinction must be made between tax residents and non-residents, but even those residing outside of Portugal may be liable to pay taxes depending on a number of circumstances.

To be considered a tax resident an individual must meet one of the following criteria:

This means a non-resident may be liable for tax if they maintain residence, so it is crucial to make sure that, even if you do not plan to live in Portugal at the moment, you understand the Portuguese tax system and what taxes your tax liability.

For those thinking about living in Portugal and surviving on passive or pension income, it is imperative they first understand their standing as Portuguese residents and how they may be taxed.

A personal income tax reform injected a partial residence concept so that there is a straight connection between the period of physical presence within Portugal’s borders and a tax resident status. 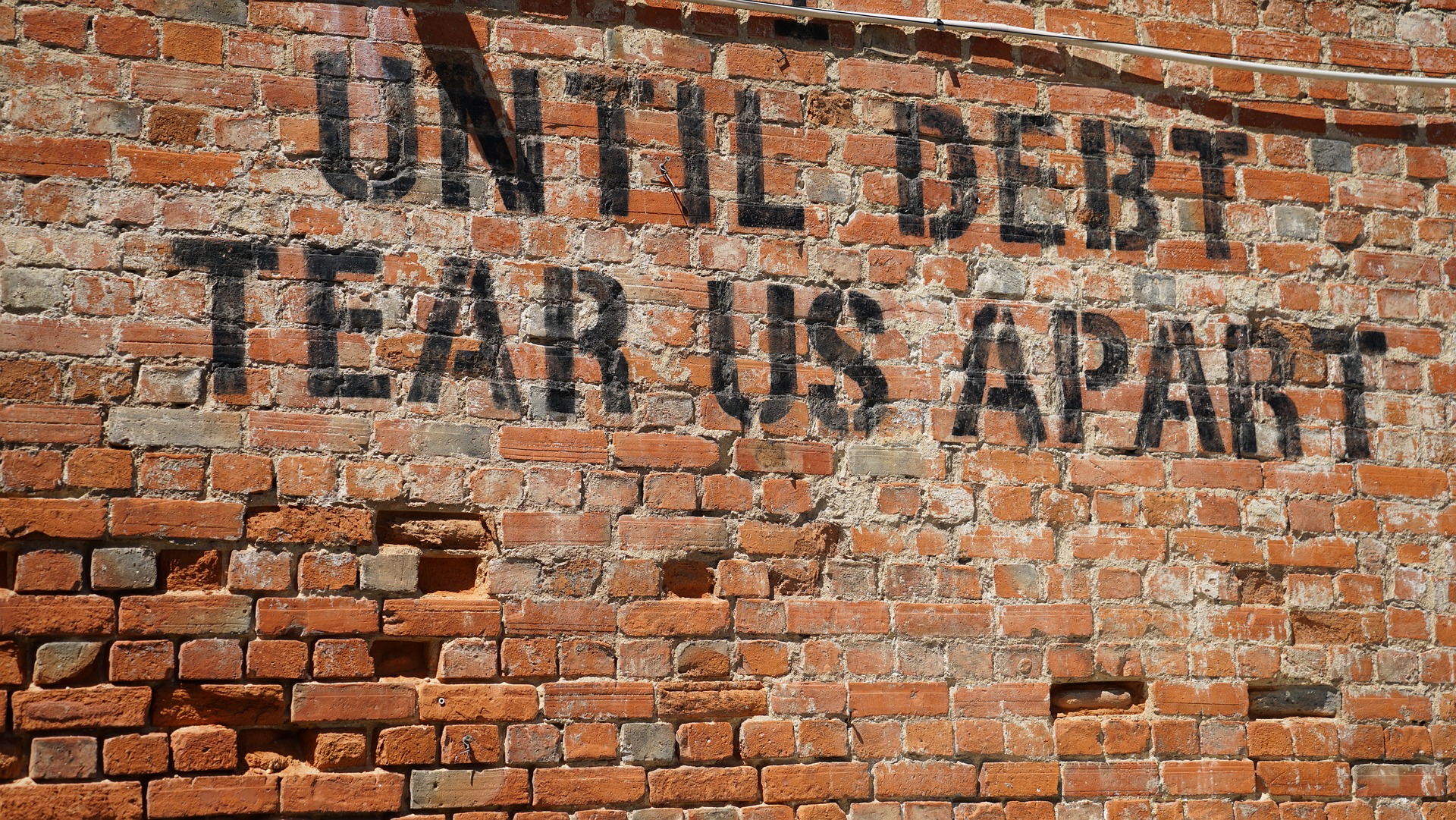 It is important to note that not only do individuals have to define their status as Portuguese residents and taxpayers, but so do corporations.

A corporation deemed as a permanent establishment within Portuguese shores is considered a Portuguese resident corporation, making it liable for corporate income tax as well as other taxes.

A permanent establishment in Portugal must have offices within the nation and conduct its business for at least 183 days a year, similar to the number of days in the individual tax resident definition. Corporations are taxed on Portuguese income as well as worldwide income, and any person wishing to take up self-employment in Portugal must consider the taxes their company may face to ensure financial feasibility and safeguarding their invested capital.

So let’s dig into some details regarding personal and corporate income tax.

Want to obtain Golden Visa and become portugal resident? Our Head Office is located in Lisbon! We have the best opportunities to oversee the process at each stage, settling all issues right in place.

Tax on personal income an individual must pay is subject to the following scale:

In the case the household consists of two married individuals who both source income then the taxable income is divided in half for each person if they opt for joint taxation. Personal income tax is paid at the end of June following the end of the relevant tax year, and an individual must also file their tax returns on the same date. The Portuguese tax year begins on the first day of January and runs until the last day of December.

Let’s see our best examples of Portuguese real estate and learn about conditions of funding to get the Portuguese Golden Visa!

When it comes to corporate income tax the issue becomes much simpler, as corporate source income is taxed at a flat rate of 21%. A business must pay its corporate tax at the end of the fight month following the end of each tax year. A tax return is also filed on the same date.

There is an optional regime to exclude from taxation the profits and losses allocated to a foreign permanent business establishment of a Portuguese company.

Corporations in Portugal are also liable to surtaxes, these have different tax rates. A local surtax is taxed at a flat rate of 1.5% of taxable income. There is also a state surtax payable on the following tax rate:

Corporations are also liable to autonomous taxation on different expenses. These tax rates range from 0% to 35% depending on the nature and the amount of the expense. 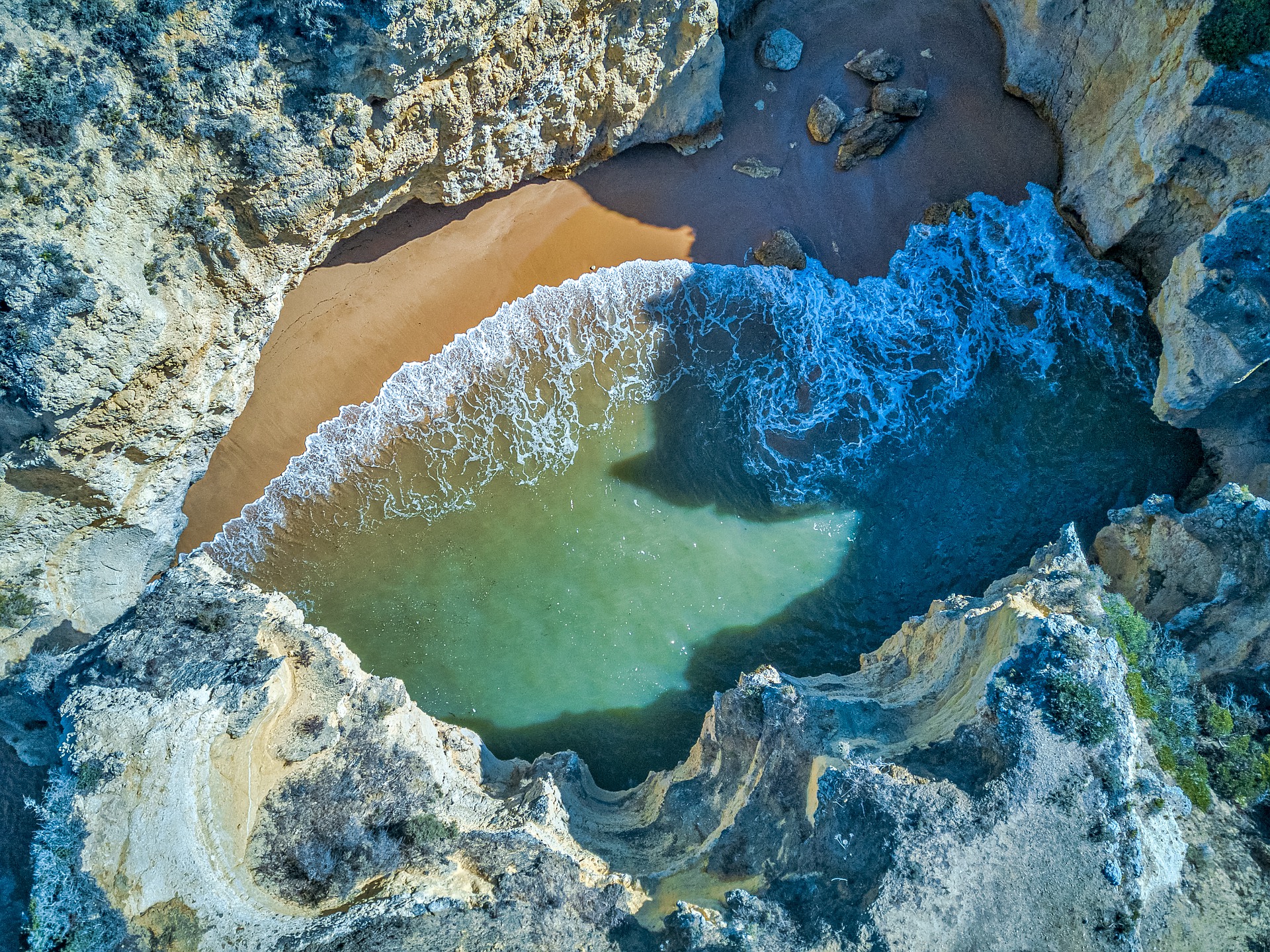 Stamp duty in Portugal is pretty straightforward, as Portuguese stamp duty is paid at a flat rate of 0.8%.

Portugal does impose a property tax (more commonly referred to as the immovable property tax or IMI), which is payable by individuals and corporations who own property.

The Portuguese tax on property differs from one municipality to another, ranging from 0.45% to 0.8% depending on the location, value, and use of the property.

Property owners in urban areas can apply for exemption of taxes on property if their real estate costs less than 125,000 euros and they live in their real estate themselves for the entirety of the calendar year.

There is also a property wealth tax, the Adicional Imposto Municipal Sobre Imóveis (AIMI) Portuguese tax, which was introduced in 2017. The minimum property value is 600,000 euros for a single owner, or 1.2 million euros if owned by a married couple. The AIMI wealth tax is paid on a calendar year basis at a flat rate, the rate ranges between 0.4-1% depending on the value and location of the real estate. Residents and non residents alike who own properties exceeding the 600,000 euros mark must pay this tax.

Those residents who look to make some investment income through renting out their property have to pay tax on their rental return. This tax is paid at a flat tax rate of 28% as is included within the tax return file. An individual can file their tax return online with the IRS.

What can Migronis do for you?

We at Migronis can help you create the ultimate portfolio of passports and residencies to become the optimal global citizen, with no boundaries or regimes holding you back. Our expertise in investment migration with our customer-centric approach allows us to decipher your needs and situation, we then research the best options and provide you with the ultimate route to complete global freedom for you and your family.

Portuguese tax on multiple investment income sources such as dividends, interest, royalties, bank deposits, and more. Withholding taxes in Portugal are paid depending on the status of the person, whether they are residents or non-residents.

Withholding tax in Portugal is paid as follows:

Business people from other countries looking to invest in the nation must consider these investment income taxes before they make any type of investment; as they should adhere to the residency status that ensures they pay the least tax possible.

Anyone looking to invest in Portugal can also check if there country is on the double tax countries list to avoid double taxes on their investment.

Capital gains are taxed per activity and not on a yearly basis, an important matter to know when calculating a sale and including local tax purposes within that calculation.

Goods and services provided within the Portuguese country are normally subject to value-added tax (VAT).

VAT tax treatment depends on the goods and services offered as well as the location they are sold in. There are three VAT tax rates in Portugal as follows:

VAT is payable on a tax year basis and must be listed in the company’s tax return file, and it is a common tax in Portugal that businesses must take into consideration when pricing their goods. 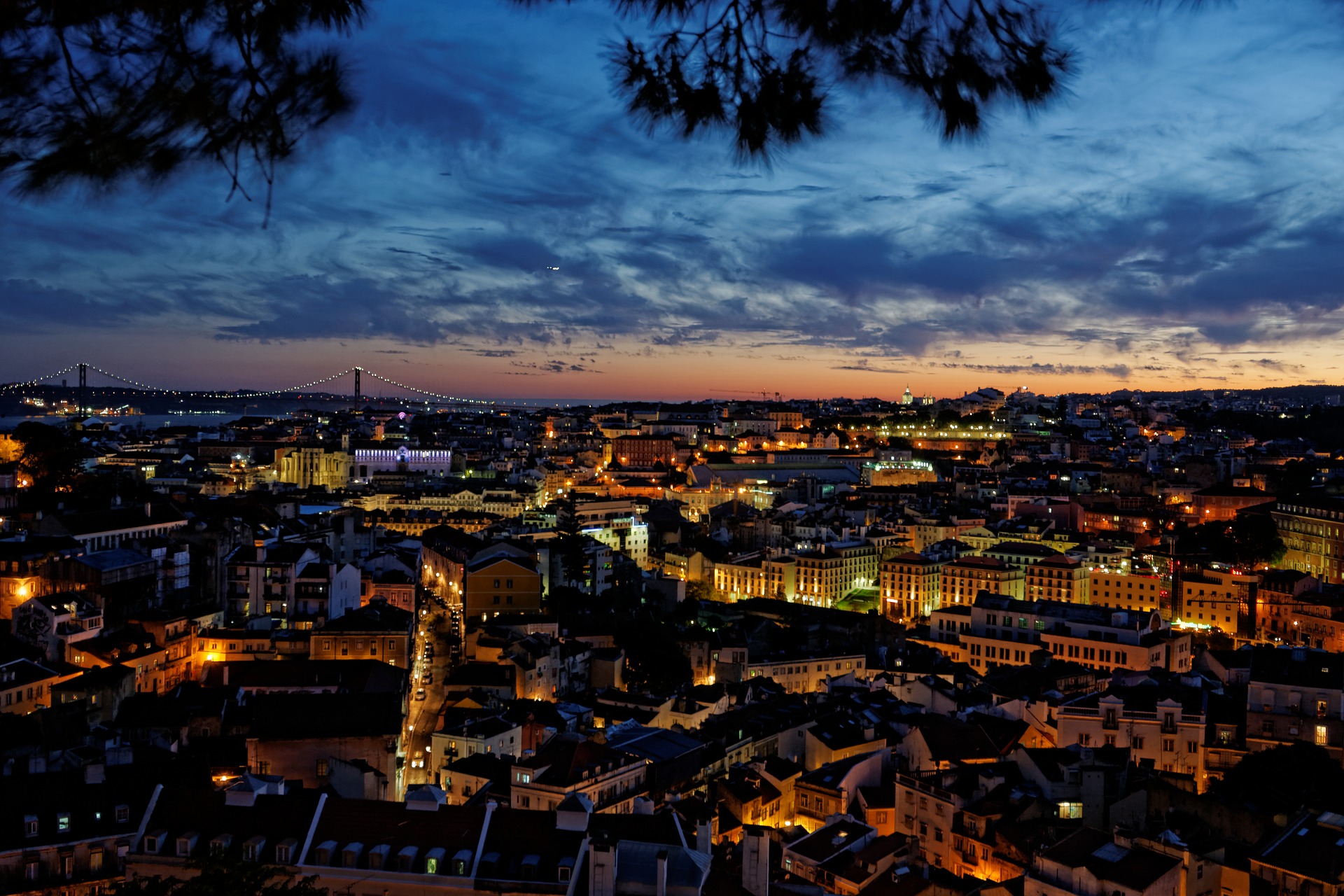 The good news is that there is no tax in Portugal on inheritance. But there is a stamp tax of 10% on the free acquisition of goods by individuals through inheritance or gifts.

The inheritance tax in Portugal was abolished in 2004. There is also no Portuguese tax on gifts, but anyone who wants to donate real estate must pay a stamp tax of 0.8%.

The lack of inheritance tax is a major attraction for wealthy immigrants, as inheritance taxes in other countries may be as high as a staggering 40%.

The country of Portugal has a whopping 80 double taxation treaties in place. A double tax treaty protects an individual or corporation from paying taxes twice in two different nations. This way they either pay taxes in Portugal or instead of paying Portuguese taxes pay them in the other country. The list of countries with whom the Portuguese government has a double tax treaty with is shown below:

Unlock your freedom and create your personal world without borders!

Keep in mind that even a non-resident can become a tax resident if they maintain an address in Portugal.

Non-habitual residents can get 10-year incentives on many taxes in Portugal such as employment income tax, capital gains, withholding, and rental income taxes. They must still file a tax return, but may not be subject to pay all the tax a normal resident might.

This scheme aligns perfectly with the Portuguese residency by investment program, dubbed the golden visa as it can kick in at the same time foreign golden visa holders become eligible for permanent residence or citizenship.

Who has to pay Portugal taxes on income?

A tax resident must pay tax in Portugal, someone who has resided 183 days a year, or maintained a habitual residence in Portugal is liable to pay tax.

Is Portugal a tax haven?

No, Portugal is not considered a tax haven but its non-habitual residency option is one of the best tax regimes throughout the EU countries.

What is the income tax rate in Portugal?

Personal income is subject to tax on a progressive scale. Taxes range from 14.5% to 48%. Corporate income is taxed at a flat rate of 21%.

Yes, similar to many other countries Portugal does tax worldwide income. But it does have double taxation treaties in place with 80 countries. These treaties ensure you either pay tax in Portugal or in the other countries and not in both.

Is there rental income tax in Portugal

Yes, like many other countries rental income from renting a property will result in a tax of 25% on the income.

Is there inheritance tax in Portugal

No, unlike many other counties there is no inheritance tax in Portual.

Grenada on the map: What should potential investors know about the country before getting its citizenship?