Anton R. is a company owner in the Russian Federation. His business is linked to EU countries which he often visits for work purposes. In the beginning of 2018, it became more complicated to get visas to the European countries. The client was also interested in opening an account in a EU bank. Several banks refused to satisfy his request despite him having a good business reputation.
Anton turned to our company in July 2018. The main goal was to receive free access to the Schengen countries and the UK, so as to open a foreign account for running business. Anton had some information about the Caribbean programs but was not quite informed about the program of Vanuatu. Based on our experience, we offered him to consider all the citizenship programs and choose the one that goes in compliance with his goals.

Why was the decision made in favour of citizenship, but not residence?

Residence in the Schengen area does not allow one to visit the UK without a visa, which was particularly important for the client, since his son studies in a British school and the client often visits him.

The programs that were under consideration

Anton considered the Caribbean programs and the one of Vanuatu, since the passports of Cyprus and Malta were not suitable for him in terms of price. First he chose Saint Kitts and Nevis, because this country’s program was widely publicized. The cost of processing both for him and his underage son, including all the expenses and service fees, was slightly over $189,000. We also offered Anton to consider Vanuatu’s program. In May 2018, its cost was reduced by the Government and eventually the price was the same for the family composition of the client.

Comparing the Caribbean and Vanuatu’s programs

As of the moment of the client turning to our company, the period of application consideration under Saint Kitts and Nevis program was over 7 months, since a big number of applications was issued from October 1, 2017 to March 31, 2018. During that time, the investment amount was much lower ($150,000) as there existed the option of investing in the Hurricane Relief Fund. More than 1,200 applications were issued in connection with this, and the Government did not manage to process them all in due time. We suggested Anton to compare all the citizenship options and told him about the pros and cons of each program. The cost of a Grenada citizenship was $230,400, while in Dominica it corresponded $234,600. For the citizenship of Antigua and Barbuda one had to pay $153,200 (upon issuing the application before October 31, 2018). The comparative table of getting citizenship of the Caribbean countries and Vanuatu for the family of 2

The cost includes investment amount, due diligence and the fees applied to application processing and passport receipt. Antigua and Barbuda’s program was the most beneficial from the financial point of view, but in order to get the citizenship, one has to visit the island and spend at least 5 days there. Additional expenses on flight and accommodation correspond about $12,000 for two people. Apart from the financial side of the issue, the client was also interested in the real time frame within which he can get the passport. The case consideration in Antigua on average takes from 4 to 6 months. In Vanuatu the consideration time corresponds around 1.5 months from the moment of agreement signing to the actual passport receipt. In September, the client’s visa to the UK was expiring and he planned to arrive in the country with his new passport. That is why the processing time also mattered. Citizenship cases: the real period of processing 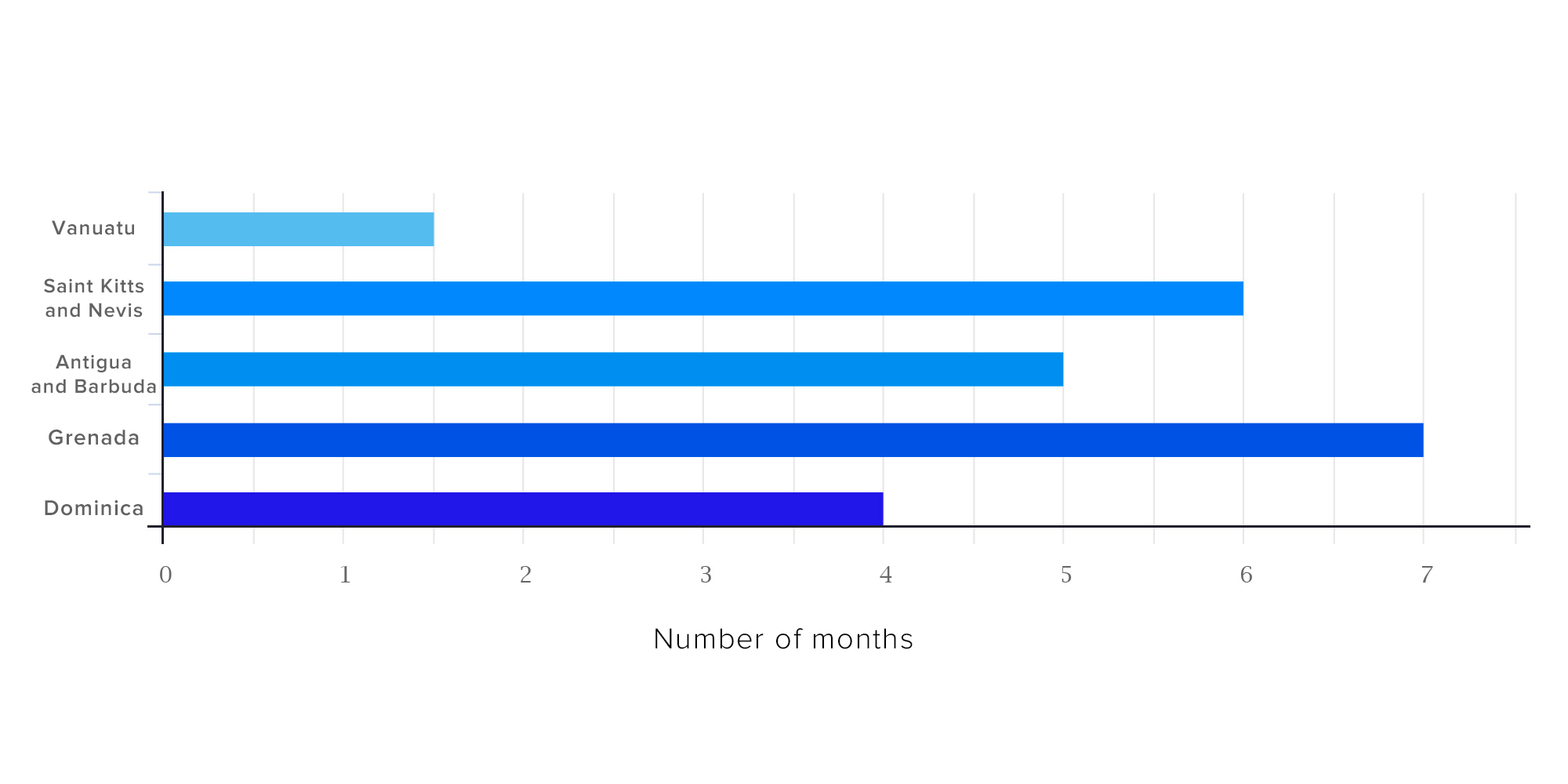 Why did the client choose the program of Vanuatu?

The client eventually made a choice in favour of Vanuatu’s program, because it provides the same benefits as the passports of the Caribbean countries from the point of view of visa-free travels, but the documents processing speed and procedures effectiveness are better in Vanuatu. Moreover, one can get additional documents in Vanuatu, including a driver’s license, registration address and other documents, within just one day. These documents were requested by the European bank for the purpose of opening an account.

Our employees received certificates of the criminal records within 2 days, translated, notarized and legalized all the documents within a one-week period, after which they sent the case to the island. The client paid $5,000 and received the approval regarding due diligence in 10 days. The check procedure in the Caribbean region takes at least 2-4 months. Then he paid 50% of the whole price and three weeks later received the preliminary approval by the citizenship agency. NB: The citizenship agency convenes 2 times per month: in the first and in the last week of the month. If the FIU has been received a week before the sitting, one has an opportunity to attend the coming session. As his next step, Anton paid the remaining 50% and the agency issued the citizenship certificate and passport. Passport copy and certificate copy were sent to the client. However, in order to receive the originals, one has to take the oath. Under the law of Vanuatu, a consular officer is allowed to take the oath, so one does not have to visit the island specifically for this purpose. The client was given four options: to visit the Consulate of Vanuatu in Beirut, Istanbul or Dubai, or to take the oath in his town. Additional expenses applied to consular officers visits corresponded $6,500 (flight and accommodation in the hotel). The client decided to take the oath in the Consulate of Vanuatu in Beirut (Lebanon), because it was possible to organize the visit of the consular officer to the Russian Federation only three weeks later.

Having considered all the pros and cons, the client made a choice in favour of the Vanuatu citizenship program based on the following criteria:

How much time did the process of getting Vanuatu’s citizenship take?

The term from the moment of agreement signing to the moment of citizenship and passport receipt corresponded 1,5 months. After citizenship issuance to Anton, we helped the client to open the account in one of the European banks. The process took about 2 weeks. Moreover, there was no need for Anton to personally visit the bank. The client’s goal was reached. The citizenship issuance process took 1.5 months (even before Anton’s visa to the UK expired), the account in a EU bank was opened within 2 weeks. 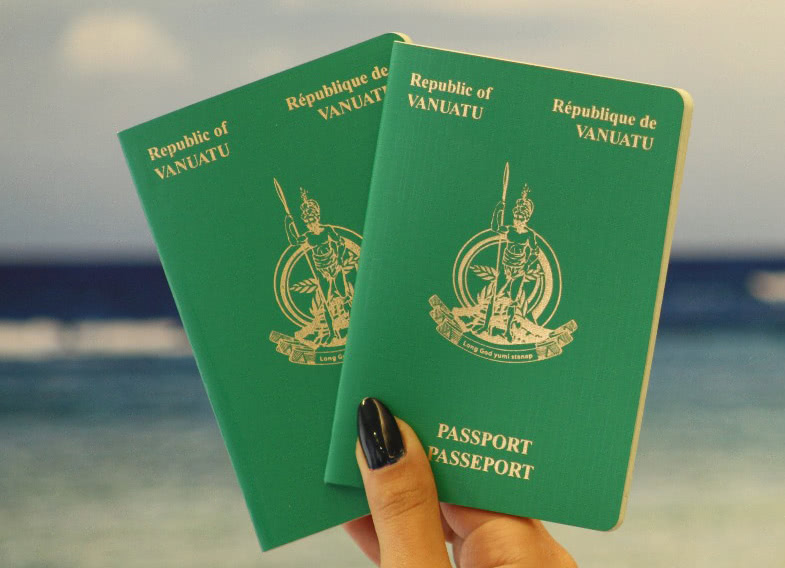 Khrystyna Kurkuliak: “The Vanuatu passport program is suitable for the investors interested in getting a second citizenship as soon as possible. It is also a great option for cryptocurrency investors. Another benefit in addition to the fast processing of documents is that Vanuatu’s passport provides one with the opportunity to travel visa-free to 129+ countries of the world, including the United Kingdom, EU countries and Singapore. Moreover, the Government of Vanuatu resumed negotiations with Australia and New Zealand regarding the return of a visa-free regime. It was made known by Vanuatu’s Prime Minister Charlot Salwai in September 2017. As soon as all the formalities are settled, the citizens of Vanuatu will be able to freely cross the border of Australia and New Zealand. No Caribbean country can boast of such an option so far. Vanuatu’s passport holders can also enjoy social and political safety, tax planning and total confidentiality. Any person meeting the Vanuatu citizenship program requirements can receive the country passport. The speed of decision making by Vanuatu’s authorities and the final result depend on the accuracy and completeness of the provided documents. In our practice there were cases of citizenship for 1.5 months, which is faster than getting the Schengen visa. The whole process is much simpler in Vanuatu than in other countries.” Azzam Makhlouf: “The Government of Vanuatu led by PM Charlot Salwai has carried out an impressive restructuring of the program in order to improve the due diligence procedure and reduce the amount of required documents. Now the number of documents needed to get the Vanuatu citizenship is noticeably smaller than in it is in other countries. Once again I want to underline that candidates undergo a thorough check during the due diligence process. Only those investors who have successfully passed due diligence can further receive the country citizenship. During the process of law preparation, the Government of Vanuatu studied negative experiences of other countries and tried to make the program more convenient for investors. I can proudly note that we have managed to achieve this. The major indicators are the processing speed, which is about 4-5 weeks, and zero rejection rate. Due to the program effectiveness, we have also managed to attract over $150 million of direct investments to the country.”

Link to the interview with Forbes 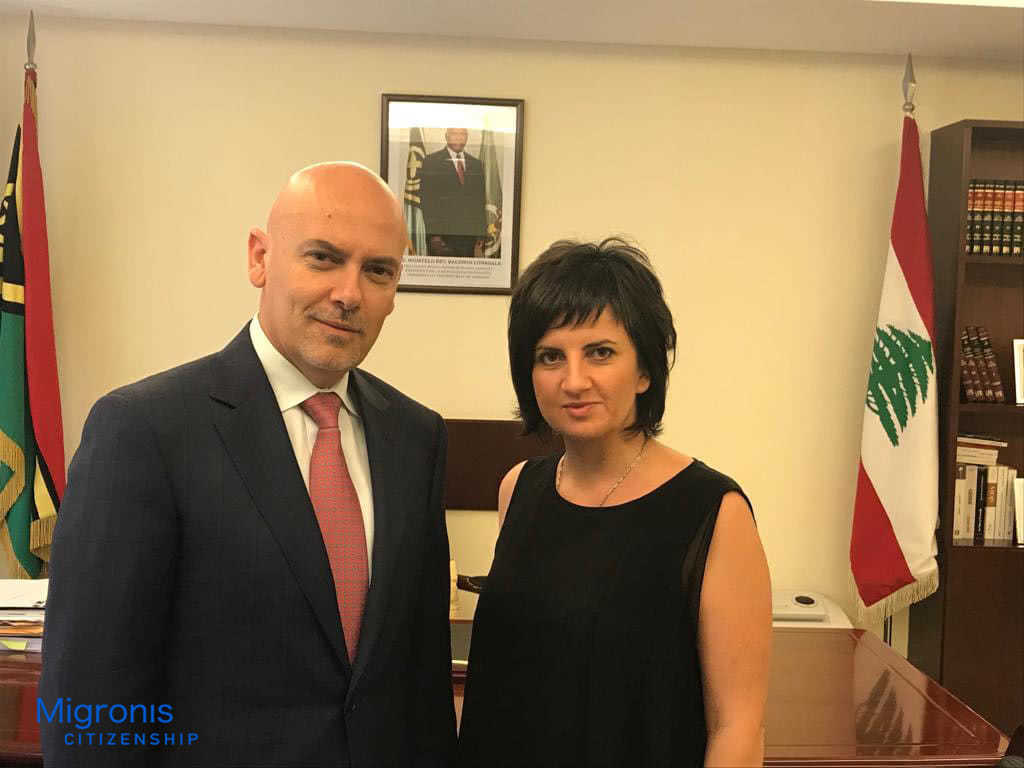 In addition to the abovementioned, the following factors should be taken into consideration:

CASE: GRENADA CITIZENSHIP AND E-2 VISA IN THE USA